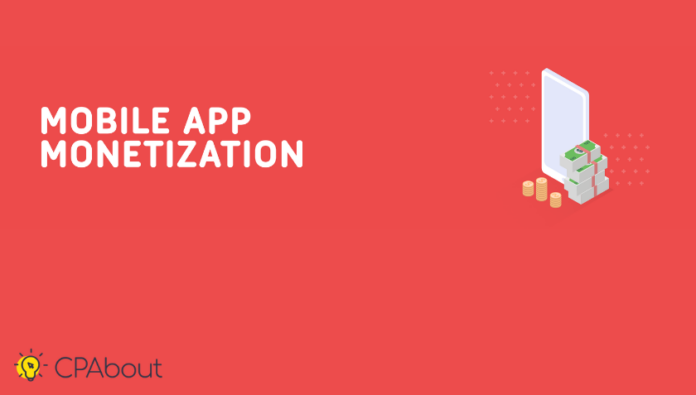 Coming up with a great concept for your mobile app and turning that vision into a reality isn’t as easy as it may seem. One of the most important steps you must take to do that is to figure out how to make money from it and start doing it effectively. Fortunately, even if your app has been alive for a while, it’s never too late to monetize it. Whether you’ve created a paid app or one that can be installed for free, you need to develop a strategy that can make your company profitable. It’s worth noting that there are several methods you can use to generate profit from your app and it’s probably the biggest obstacle you can face. Don’t freak out – Mylead cover everything you need to know about monetizing your app, sharing different models and definitions of essential terms. Let’s begin!

Let’s say you created an awesome mobile app. Now, your customers can interact with you like never before, but there’s something you can to make your actions even better. Your app can be so much more than just a tool. It can be a great source of additional income. Surprised, aren’t you?

First things first, you have to analyze your user’s journey and figure out how the overall experience may be affected. You don’t want to monetize in ways that frustrate your users, do you? We can ensure that it’ll lead to a poor reputation and an increase in churned users.

As it mentioned above, you can create a paid app (and so that you generate profit just by downloading the app) or decide to create a free one and monetize it in various ways. To make your journey a little easier we’ll tell you about several of the available monetization methods, their possibilities of usage and mechanisms of work.

Offering your users opportunities to make in-app purchases is a great way to make money from your app. There can be many forms of in-app purchases: e.g. an extra workout in a fitness app, a premium feature in a productivity app or an item to gain the upper hand on a user’s opponent. In-app purchases make up about 47% of the total revenue generated from apps worldwide. Why don’t you create an app with an in-app marketplace included?

Each time a user downloads your app, they pay an upfront fee. The more you charge, the more you can earn. However, you have to be careful about how you price compared to what you give. One of the advantages of this method is that you know the exact monetary value of each user. And for sure, when the user pays for an app, they’re more loyal and engage because of upfront investment. But it’s better not to use additional monetizing options not to clutter. There’s strong competition from free apps as well and both the App Store and Google Play take a sizable percentage of your profit. Expectations are much higher as well, which means you have to deliver something unique and unparalleled. Anyways, paid apps are still doing well. Have you ever heard of Facetune? It’s still one of the most popular apps on the App Store. So don’t worry if you think nobody pays for their apps.

The main advantage of in-app advertising is that it keeps the app true to its promise – it’s completely free to use. The only thing about ads is that they can clutter up the UI or distract from the UX if displayed at the wrong place or wrong time. You can earn good money if you display the right kind of ads, and what we mean by right is valuable and relevant. Make sure not to waste your place for ads with irrelevant ones, because you’ll have a poor ROI from them. Another thing is that you may have to redesign some parts of the app probably, but these days you have so many ad formats to choose from, that’s not much of a deal.

Here are some of the formats you should consider implementing in your mobile app:

It’s a relatively simple ad format that enables advertisers to place static or animated ads across a banner within your ads. Remember about quality graphics and CTA – they’re critical for banner ads.

Very similar to banner ads but with the additional benefit of an expanding, full-screen experience. Interstitial ads are more likely to avoid “banner blindness”, a situation where users have become so used to banner ads that they’re not registered by users. Taking up a user’s full screen can be distracting, though it is worth noting that these ads are placed at natural pauses e.g. in-between levels of a gaming app.

Another very popular choice. Video ads can be highly engaging and deliver some of the higher CTRs of all formats.

These are paid ads designed to match the app’s user experience. They pretend to be a part of in-app content. And that’s why users are more likely to click in them. Do you know Pinterest? There are so many native ads there, and yet we still don’t find them annoying. Why? They look exactly the same as other images.

Watch a video in exchange for something. It can be a discount from a retailer, some extra coins in a game or a possibility to continue playing without missing the level.

It’s a try before you buy. The user gains a limited look at the advertiser’s app before sending a call-to-action. A great way to reduce uninstall rates.

Since you already know what a rewarded ad is, let’s talk about Mobile Rewards. Mobile Rewards enables effective monetization of your mobile app. This is the tool that MyLead decided to introduce a while ago. How does it work? You provide your users with a list of offers, and they receive a certain number of points for each completed task. When they collect the required amount of points, they can exchange them for prizes. It can be a bonus, access to a premium content that you’ve blocked in your app or a possibility to continue the game after defeat.

Although we don’t like spending money on apps, the things we also do not enjoy are ads. Most people don’t like to see ads in their apps and they’ll be more than happy to get the opportunity to remove them. Many developers create two versions of their product – free one with ads enabled and an upgraded version without them (paid one). You, as a developer, gain profit when somebody decides to upgrade their app to the premium version. Or make money from ads in case of the free one.

In-app subscriptions are also referred to as “freemium content”. Even if your app is free to download, you can monetize it by offering a subscription service to your recipients. It’s very similar to in-app purchases. However, the main difference is that in-app purchases are typically items, events or a bonus. On the other hand, in-app subscriptions offer users the very basic, slimmed-down version of the app. Paid, premium upgrades can “unlock” the rest of the experience.

How to run traffic from mobile apps in 2020?

How to run traffic from mobile apps in 2020?