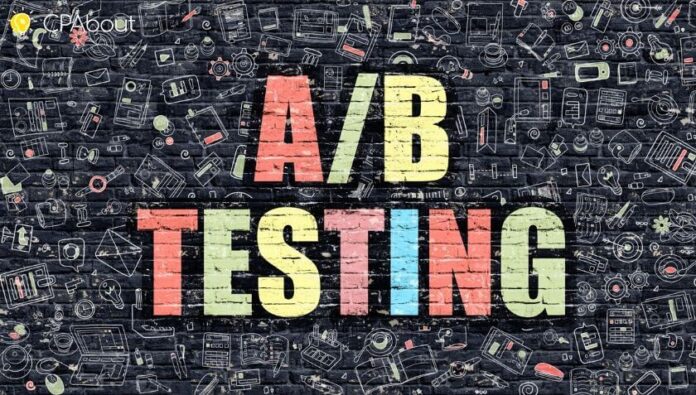 If creatives are your weak point, and you haven’t rewritten texts or changed the message for a long time, then it’s time to check your advertising campaigns and take tests! Today you will learn what split-tests are, why they are needed by the affiliate. You will learn how they are conducted and how much money is spent on testing. Let’s go!

Few words about the concept of split-testing

Everyone knows that the target audience consists of many people with different interests. And it’s simply impossible to predict by 100% the ad that will attract the most customers since it is not known how the user will react to any banner or the preliminary landing page. Therefore, in order to get the perfect result, every aspiring affiliate needs to overcome a thorny path of trial and error, which will attract potential leads.

Split tests are the process of testing promo materials or the process of draining exactly the same traffic (in all parameters) to several different creatives in order to find the best one with the highest conversion rate.

In general, the main goal of the tests is to understand which banner will bring you the most revenue in order to further scale your campaign and invest as much as possible in efficient tools.

For example, there are 2 completely different creatives. The first one shows a girl engaged in sports, while the second one shows her drinking unique latte to lose a couple of extra pounds. Split tests are performed by using a tracker. 1000 users are directed on each of them to see the most efficient one. For each turn, you need to make about 2-4 teasers. You can come up with a lot of approaches for each offer, but it is better to test 3-5 of the best ones at a time. After that you need to act on the situation: if something is working, you can do similar topics, if nothing is working, just take and create new approaches. This way, you can check any parameter and find out what can increase conversions.

In tests, there is one main rule, i.e. you can check only one parameter at a time. Unfortunately, you can’t change the background and banner text at the same time. First, you choose the color scheme for the banner, and then you play with the fonts separately. This way, both landing pages and other elements of the scheme can be checked.

First of all, when an ad is tested, you need to build a hypothesis. The main role here is played by the user since he is performing a target action, so we need to assume that he will be attracted. Pay attention to additional data when building a hypothesis, such as the description of the offer. Usually, affiliate programs specify the necessary minimum parameters of the audience that the advertiser wants to see. Then we work on the right way to display the ad format (buttons, size, image shape, animation, etc.), text, and creatives and send them for tests.

Views act as the main parameter of the quality of target settings; clicks serve as a metric how attractive the creatives and texts; sales show the results of your work efforts.

Let’s consider several variants of results from the advertising campaign:

The final parameter of ad performance will be the number of confirmed orders: if the percentage of approval is below the average, it means that you missed some point.

How much money should I spend on split tests?

It depends only on your needs. However, in the field of affiliate marketing, there is an opinion that the test budget shouldn’t be higher than the amount of remuneration for 1-2 confirmed leads. It all depends on a number of factors: offer type, settings of the campaign, and so on. You can use the following formula: 1 material = about 70% of the lead cost. For example, if the payment for the offer is $10, then expect that you will need to spend $5-6 for one ad. Therefore, if you create 3 ads, the test will cost $15-18.

Usually, an affiliate buys targeted, banner, or contextual ads and resells the traffic to the advertiser, paying for conversions. Naturally, they should spend a part of their budget on tests to find out which banner works best, and then use the rest to consolidate the results of the campaign.

The amount of budget for split testing also depends on the segment, experience in CPA, and advertising in general. After passing all the experiments, you will begin to understand where it is worth taking risks, which creatives do not need to be tested (you can be 100% sure that it won’t work).

Your main performance indicator is the ratio of campaign costs to revenue. If you have used all your traffic and got nothing, first of all, you need to understand what the reason is, review your opinion about the audience and completely change the approach to all promotional materials.

How to get the most out of the managers of the...